Virtua Fighter Kids is a super-deformed version of Virtua Fighter 2, released in the arcade and on the Sega Saturn in 1996. Reportedly, the game was developed to practice on the facial and eye animations on the characters for the impending Virtua Fighter 3.

The characters all have big heads, and the music is a faster pace. The gameplay itself is slightly tweaked from Virtua Fighter 2. The Saturn version includes some new FMVs and adds programmable button sequences to allow players to test and use pre-made combos. In some versions of Virtua Fighter Kids players could enter a code that would allow them to "eat the souls" of other characters, changing their fighting styles and poses.

Despite their cute appearances, Virtua Fighter Kids characters are not really children - 'Kids' refers to the super-deformed' art style, and as such some of the fighters and NPCs retain adult characteristics, such as facial hair, muscles or breasts. However, the opening movie reveals a children's playground and a building that appears to be an elementary school or standalone kindergarten.[1]

One of the variations of the boss character, Dural, is featured with a fishbowl for a head, complete with a fish swimming inside. One special addition from all the other Virtua Fighter games is that this game had ending movies that you could access when you beat the game as a character.

Originally in Japan, Virtua Fighter Kids was released on the Saturn as a promotional item in co-operation with drink brands "Java Tea" and "Energen" under the title "Virtua Fighter Kids: Java Tea Original Edition". Shun Di's gourd was replaced with a can of Java Tea, and Jacky would enjoy a can after winning a match. This could be disabled in the arcade version of the game, and the Saturn version was later re-released without any mention of "Java Tea" on the cover. All Java Tea product placement was removed from western versions of the game.

Appearances in Other Games 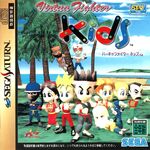 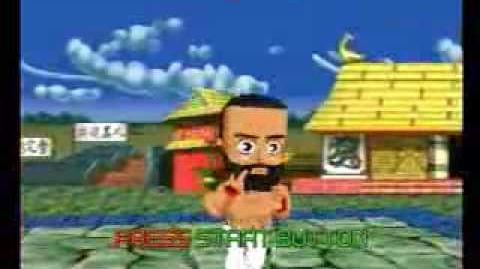 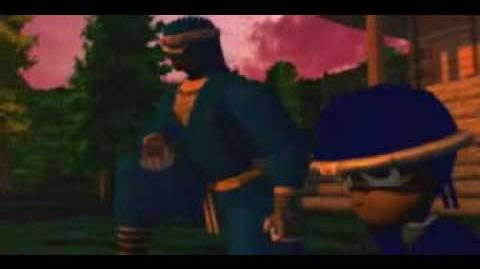