Virtua Fighter 4 Evolution was an updated version of Virtua Fighter 4, released in arcades August 7th 2002, and on the PlayStation 2 in 2003. The game introduced two new characters and adjusted every other character as well. The two new characters were the Judoka-assassin, Goh Hinogami and the Muay Thai boxer Brad Burns. With the addition of Brad Burns, Vanessa Lewis's alternate Muay Thai style from Virtua Fighter 4 was removed and replaced with a Vale Tudo "Offensive" style; making her a solely Vale Tudo brawler.

All of the stages were adjusted. For example, Lei-Fei's stage in Virtua Fighter 4 previously took place during sunset, in Evolution it takes place during the morning.

New Features at a Glance

A unique feature in Evolution was the ability to play in a tournament quest mode, where the concept was that the player was competing by traveling to various arcades, as opposed to role-playing as the player's chosen fighter. This mode was very popular due to the ability to buy cosmetic items to customize a character, as well as the ability to name a character. Many players of fighting games have unique styles; with the combination of various items allowing for vastly differing appearances, a new depth of uniqueness was added.

In addition, Sega took the top tournament players from the arcade version, and captured their style of play for the AI of a player's opponents for this mode. For example, playing against one Wolf character would be very different from playing another, because the actual player that character's AI was programmed to mimic had a unique play style.

With the addition of Quest mode in VF4 Evolution, Namco decided to add a similar feature to its newest installment in the Tekken series, Tekken 5. Namco integrated currency and item collecting into Tekken's Arcade mode. The Ranking System used in Virtua Fighter 4 Evolution was used as the basis for the new Ranking System in Tekken 5, including the 10th to 1st KYU count-down order and the 1st DAN to 10th DAN count-up order scheme, followed by text based rankings.

Japanese PS2 cover
Add a photo to this gallery 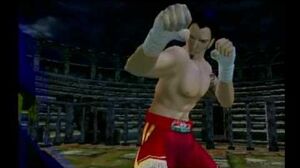 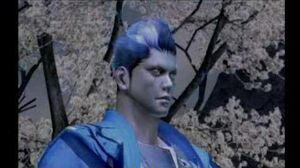 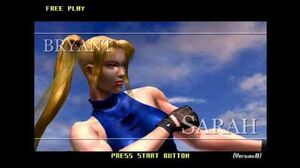 Retrieved from "https://virtuafighter.fandom.com/wiki/Virtua_Fighter_4_Evolution?oldid=12177"
Community content is available under CC-BY-SA unless otherwise noted.