Virtua Fighter 3 (バーチャファイター3) is the third game in the Virtua Fighter series. Two new characters were added to the roster of fighters: Aoi Umenokoji, a beautiful Japanese woman and a childhood friend of Akira Yuki who used a nimble form of Aiki-jūjutsu as her fighting style of choice, and Taka-Arashi, a Sumo wrestler from Japan. This was to be the only game in the series in which T-Arashi would appear until his return in Virtua Fighter 5 R; the series' current producer, Hiroshi Kataoka later explained it was due to the technical implications of having a substantially larger character.

It was the first arcade game to run on the Sega Model 3 system board. Released in 1996, video game magazines at the time described it as having the best video game graphics up until then, comparing its real-time graphics to pre-rendered CGI of that era.[1][2]

Sega had made several announcements that a port of the title would appear on the Sega Saturn. However, lagging sales and the coming launch of the more powerful Dreamcast effectively halted such a plan. It can be assumed that had the game been released, it would have had significantly reduced graphics to accommodate the Saturn's weaker hardware. Other rumors suggest that the Saturn version might have had to accommodate a 3DFX-powered upgrade card, in order to enable an 'enhanced' port of the game to run that would not have been possible on stock Saturn hardware.

It was the launch title for the arcade board Model 3 from Sega. Developed by Yu Suzuki's Sega-AM2, it was a revolutionary game from a technical standpoint, with its detailed graphics earning widespread praise from critics and gamers alike. Characters' eyes now appeared to track the opponent's position, their muscles could flex and relax, the fighting arenas featured stairs and slopes, and Dural, the robotic final boss, was made of a metallic surface that reflected the environment around it.

The gameplay also continued to innovate. This iteration was the first in the series to introduce undulation in the stages, such as a staircase in the Great Wall stage, a stage set on top of a sloping roof and interestingly a raft constructed of individually moving elements on a bobbing water surface.

This 'evasion' technique enabled players to dodge incoming attacks, creating opportunities to counter-attack almost immediately. Virtua Fighter veterans were at first resistant to this change, but were soon won-over with the extra strategy and freneticism it added to bouts. The evasion feature would later be used in other 3D fighting games as the 'sidestep' feature.

Virtua Fighter 3 proved to be a success in the Japanese arcades, dominating the charts and surpassing rival Tekken 2. A Sega Saturn port was announced, but the Saturn's hardware could not handle the game and the graphics were forced to be reduced. While both Virtua Fighter 3 and the Sega Saturn were popular in Japan at the time, the Saturn failed to grab market share outside of Japan and Sega's support shifted to a new console (the Dreamcast).

At the Japanese AOU show on February 21, 1996, Sega displayed playable demos of Lau Chan, Dural, and new character Aoi Umenokoji, who was unveiled for the first time at the show. However, Dural, the robotic final boss, garnered the most attention, due to being made of a metallic surface that reflected the surrounding environment.[3][2] The demo was later unveiled in North America at the ACME (American Coin Machine Exposition) show, held during the 7th to 9th of March 1996.[1] The game was released for location testing at an exhibition hall in Kamata, Tokyo, Japan, on July 26, 1996,[4] before getting a wide release in September 1996.[5]

Virtua Fighter 3 was followed by an updated version called Virtua Fighter 3tb (Team Battle), that featured battles between teams of various fighters, one after another is defeated. This "team battle" version was later released on Sega's Dreamcast console, being one of its launch games, becoming one of the best-selling Dreamcast games in Japan. Critics contend that the rush to have the game ready by launch resulted in a graphically inferior conversion. It is also true that this port of the arcade game was handled by developer Genki while the AM2 division was busy developing the Sega Saturn one, which may have contributed to the Dreamcast port's noticeable inferiority.

Virtua Fighter 3 was intended to be a launch title for the Dreamcast in North America, but it was delayed. Although it did eventually come to North America, it wasn't nearly as successful as it was in Japan. This may have been because Soul Calibur (which was enhanced from its arcade version and had dazzling visuals at the time) had arguably claimed to be the Dreamcast's stable fighter in North America.

A certain portion of the VF fanbase considered the most refined game of the franchise to be Virtua Fighter 2. Subsequently, Sega removed both undulating stages as well as the Dodge button for later games. It is unclear whether this was due to technical considerations or simply commercial reasons.

The May 1996 issue of Computer and Video Games previewed the game's demo that was shown at the ACME show in March 1996, describing it as "the most astounding display of video game graphic muscle ever in the history of this industry." They stated the "disjointedness" of Virtua Fighter 2, Tekken 2 and Soul Edge "is completely gone" and the "characters are so smooth" that "every frame looks almost good enough to be a singular SGI-rendered image, not a polygon construct." They noted "high-res detail" from "every angle, no matter how zoomed in" and transparency, translucency, lighting and shading effects. They praised the motion capture animation of "absolutely gorgeous" Aoi Umenokoji and considered Dural's "morphing from liquid metal" to look more impressive than the T-1000's similar effects in the film Terminator 2: Judgment Day.[1]

The April 1996 issue of Sega Saturn Magazine also compared Dural to the T-1000, noting Dural "looked almost identical" and the "metal surface reflected light from the surrounding" backdrops, which they described as "absolutely breathtaking."[3] The May 1996 issue of Electronic Gaming Monthly stated, "Never in the history of gaming has any product ever looked as good as" Virtua Fighter 3, with "astonishing" graphic detail for each fighter, including visible facial expressions, a "lifelike" smile, eyes which follow the opponent, and clothes which move with the wind and change position and shape as the character moves.[2] The June 1996 issue of Computer and Video Games compared the game's graphics to "the most impressive movie special effects" at the time.[25] The June 1996 issue of GamePro described the graphics as "truly lifelike" and also compared Dural's liquid-metal body to the T-1000 from Terminator 2.[26]

Upon release, the arcade version of Virtua Fighter 3 received positive reviews. Computer and Video Games reviewed the arcade version in its November 1996 issue. They stated that the backgrounds "look incredible" and "affects the way the game plays," noting that for "the first time in a one-on-one fighting game, the scenery undulates on some stages, adding to the strategy element of the game." They declared that it "is the best 3D fighting game ever," noting that, with "FULL 3D movement, it finally breaks away from 2D gameplay with 3D graphics, and makes the most realistic and enjoyable fighting game around."[27] GamePro reviewed the arcade version in its December 1996 issue, praising the graphics for its "level of visual realism never seen before in any game" but stating that the gameplay's recycling of Virtua Fighter 2 features kept it from being "a true masterpiece"; they gave it scores of 5/5 for graphics, 4/5 for sound, 4/5 for controls, and 3.5/5 for fun factor.[14] The December 1996 issue of Computer and Video Games noted that Virtua Fighter 3 was "Still the most impressive and most played game" at the 1996 JAMMA show.[28] The February 1999 issue of Computer and Video Games praised it as "the best fighting game ever."[29]

The Dreamcast version was also generally well received. Edge gave the Dreamcast version an 8/10, stating "Bouts take place atop sloping downtown rooftops and on flights of steps, in the lapping waters of a desert island and on the Great Wall of China...But Virtua Fighter has grown into a highly technical game since the inception of the series in 1993, resulting in the uneven floors of the third game affecting the movement and attacks of the characters...Where once Tekken's approachable 'one button for each limb' system seemed the way forward for the genre, it limits interaction in a true three-dimensional space. VF's alternative, with buttons for punch, kick, defend and dodge, while perhaps not offering the same scope for multiple attack movements, allows you to control the characters with unrivalled grace."[11]

GameSpot's James Mielke praised the game, awarding it 8.2/10, saying "Virtua Fighter fans will find all they need neatly wrapped in this package".[16] AllGame's Colin Williamson praised the 1998 Japanese release, stating that it was "a dream come true for fighting purists" since "the original Arcade version blew me away two years ago."[9] When reviewing the 1999 English release, however, Allgame's Cal Nguyen compared the game unfavorably with Soul Calibur.[31]

European arcade flyer
Add a photo to this gallery 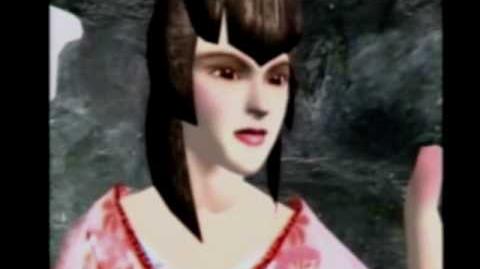 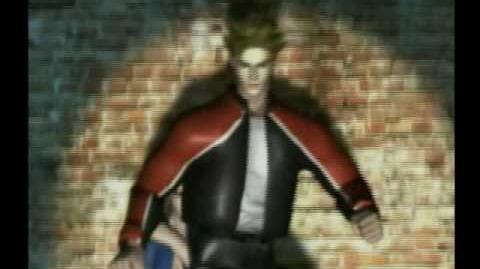 Retrieved from "https://virtuafighter.fandom.com/wiki/Virtua_Fighter_3?oldid=11996"
Community content is available under CC-BY-SA unless otherwise noted.